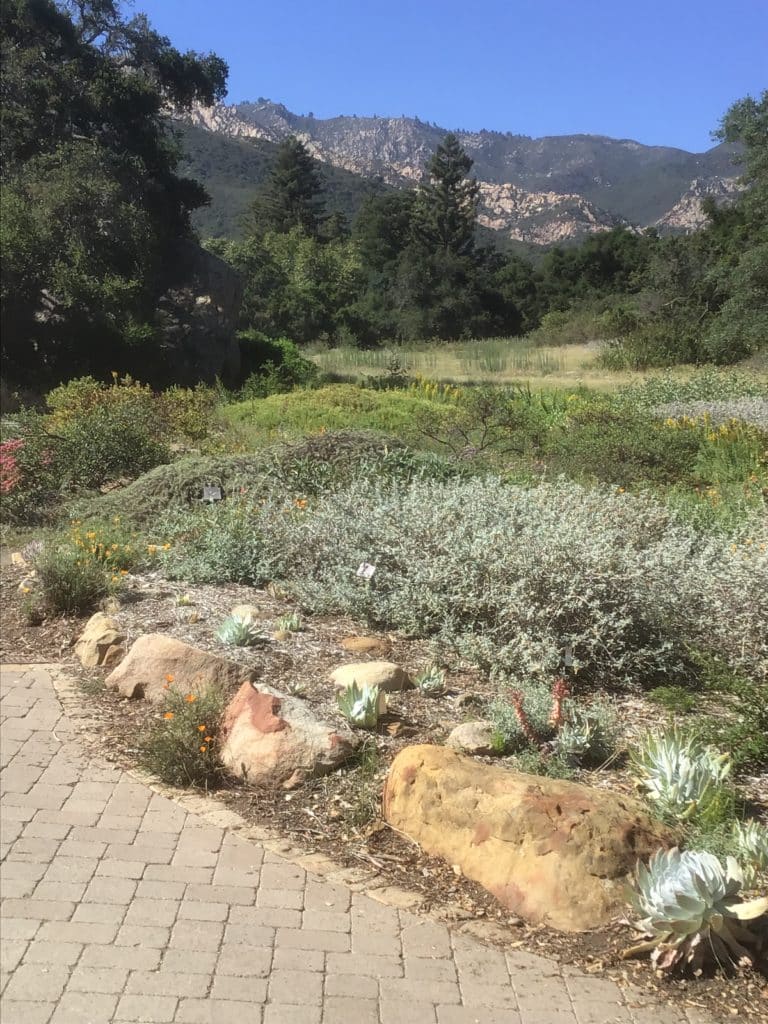 Getting outdoors is never a challenge in Santa Barbara, but if you want to know exactly what you’re seeing while hiking along our beautiful trails, be sure to visit the Botanic Garden. There is much to see, so to help you out, here are the best sites in the Santa Barbara Botanic Garden.

This lovely sanctuary is home to a variety of condensed ecosystems, reflecting the garden’s direct mission statement: To conserve California native plants and habitats for the health and well-being of people and the planet.  Within the 78-acre property visitors can view sections not normally found in the area’s Mediterranean climate. From a lush and towering redwood grove to desert landscaping, the Botanic Garden is home to plants that reflect the diversity of the Golden state.

History of the Botanic Garden 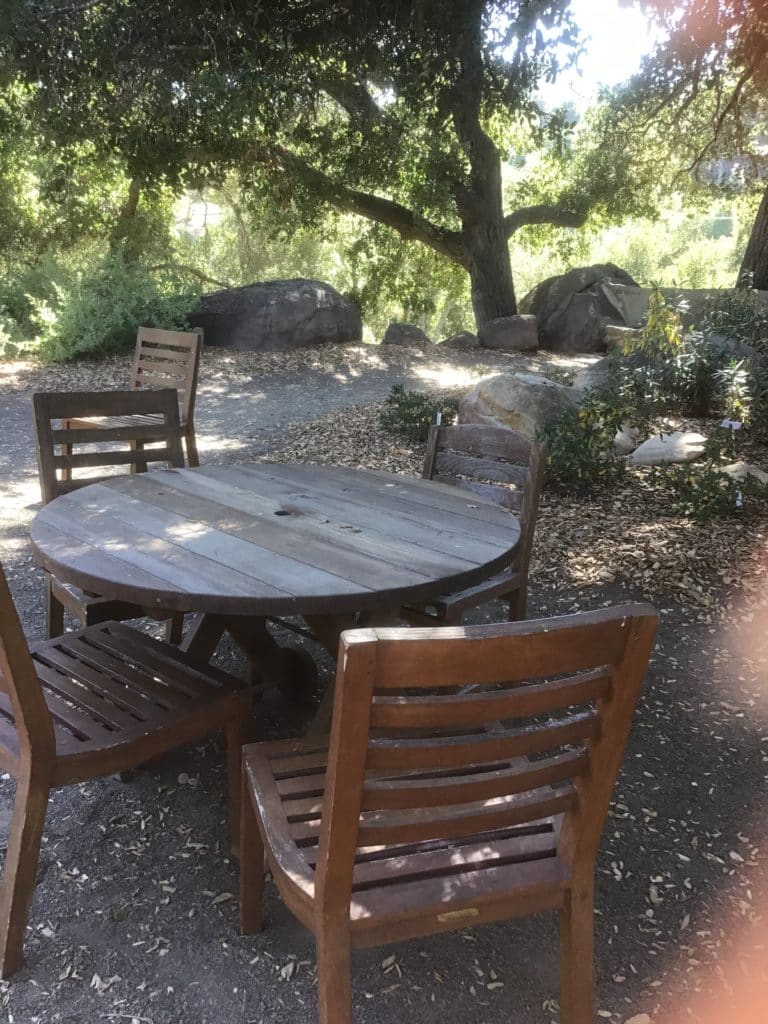 garden stretching from the sea to the mountains with plants from throughout the world.  Santa Barbara’s soft climate was a perfect fit and a plant ecologist was sent by the organization to the area in 1925. In 1927 Anna Dorinda Blaksley Bliss purchased 13 acres in Mission Canyon for the garden, with views of the mountains and the oceans. More land was added and for 10 years the Blaksley Botanic Garden protected the plants within its boundaries while studying how they grew, thrived and died. In 1936 the garden limited its scope to the canyon area and its focus to California plants. In 1939 the garden incorporated and was renamed the Santa Barbara Botanic Garden. It now boasts unique areas dedicated to the redwoods, meadow, canyon, desert, arroyo and manzanita terrain throughout the property.

Improvements have been made to the property, including the construction of winding, well-marked paths that make this an easily-accessible outing for people of all fitness levels. Picnic tables are nestled alongside the paths for people who want to make a full day of their outing. Portions of the property have even earned the county’s coveted Historic Landmark Status, including the garden’s Mission Dam, the aqueduct, Indian Steps, the Campbell bridge and other historical elements of the property. 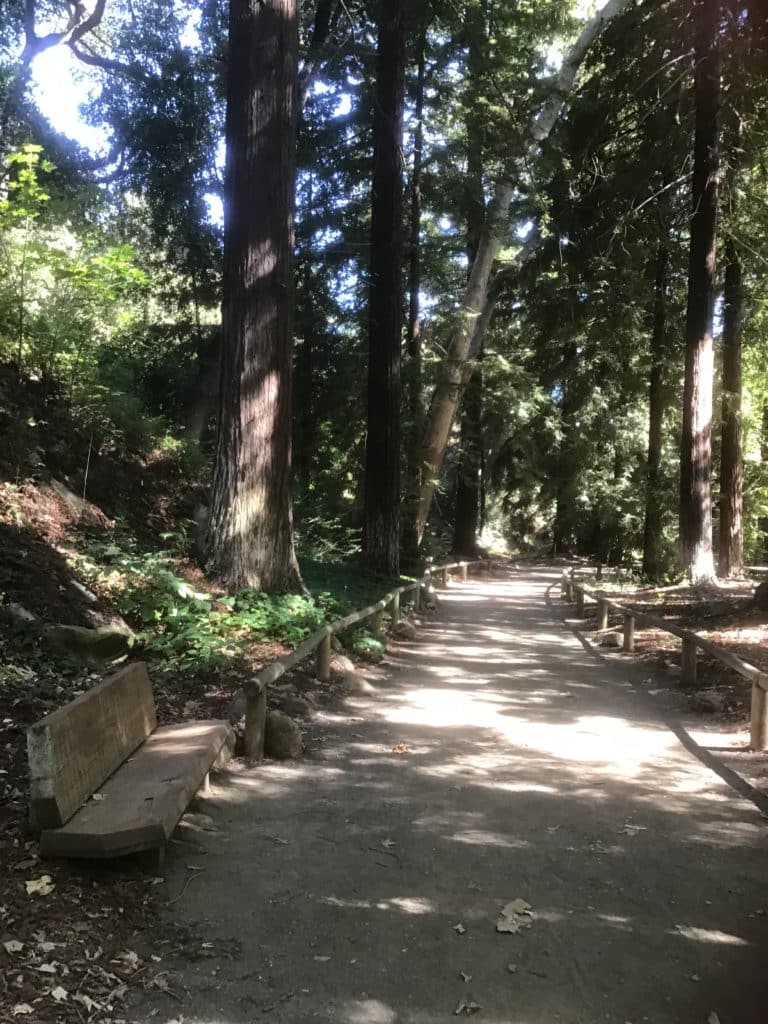 The garden’s focus, like the plants themselves, stays relevant with many current environmental challenges. There is a Remote Automatic Weather Station that transmits data hourly to the National Interagency Fire Center in Boise, Idaho. The monitor, visible from the Porter Trail, provides information used in predicting both fire and weather conditions. Also, Fuel Moisture Sampling occurs on several sites within the property. The data from fine fuels on the property is sent to the UC Cooperative Extension to determine fire vulnerability. While defensive fire education is needed, the garden, along with 180 community scientists, is also documenting the return of plants and vegetation along trails that were affected by the Thomas and Whittier fires in 2017.

Keeping the garden relevant in both nature and to the community has been a critical reason the garden still thrives more than 80 years since it began.

The garden is open daily from 10-5 (Except for Thanksgiving, Christmas Eve and Christmas Day) Insider’s Tip: Be sure and cross the parking lot to appreciate a stunning ocean view and explore the lower garden area.

Once you’ve explored the gardens, return to The Eagle Inn where you can stretch out and relax in luxurious comfort. Choose your favorite guest room and book today!