Spanish Franciscan priests built 21 missions along the California coast in the late 1700s, but only Old Mission Santa Barbara, dedicated in 1876, has been under the continuous guidance of the Franciscan Friars. That’s just one of the many historical and significant facts that surround this institution, which is considered  a must see for people who visit the area. 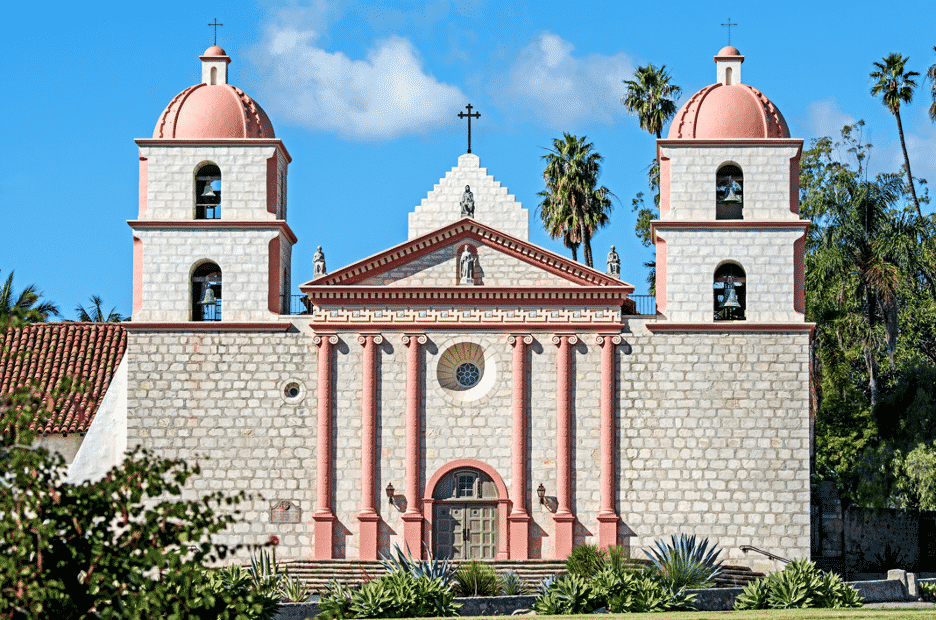 It’s often cited as the “Queen of the Missions” for its stunning beauty, nestled between the ocean and the Santa Ynez mountains. But the spirit of the mission is responsible for its on-going activities and thriving community. It’s a gathering place that has welcomed visitors for centuries and continues to be a critical element in Santa Barbara, popular with both locals and tourists.

The mission has certainly evolved through time, starting out as a small adobe church under Spanish control. Mexico also laid claim to the land before ultimately ceding it to the United States in 1848. In fact, three churches were built before the more solid structure was completed in 1820 and damaging earthquakes have struck twice in both 1812 and 1925. Today, the structure boasts two bell towers and the grounds have been modified to reflect an active community, although not one where the entire community lives on site, just the Franciscan friars. The church itself has not been altered significantly. 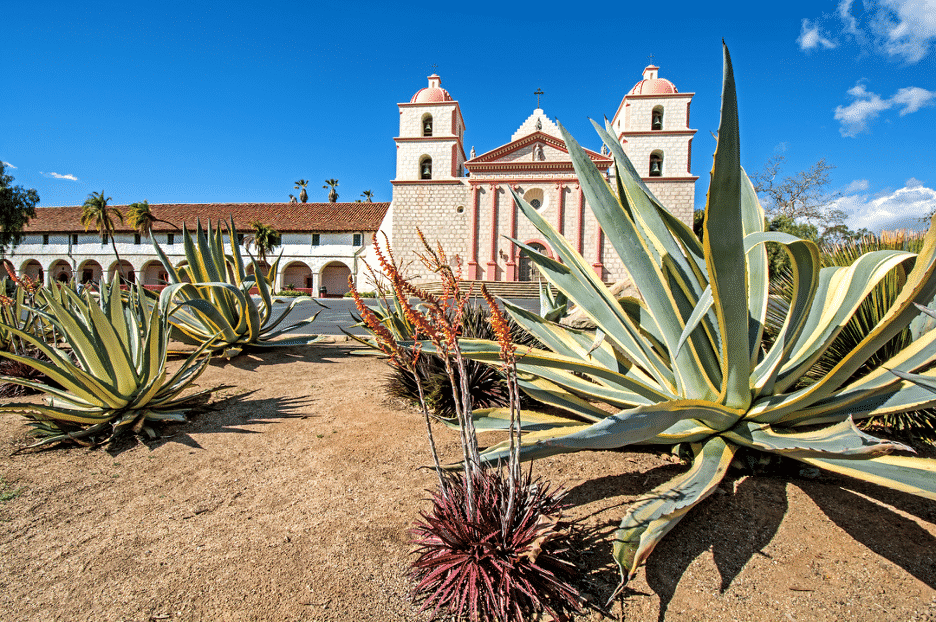 Throughout the 15-acre site, visitors are treated to a visit that mixes history and modern activities. There is an on-site museum that recreates life at the mission in the past, as well as 17th century art and artifacts. However, because the mission is also an active church community to Saint Barbara Parish, the church structure is not open during Mass or special events, such as weddings or funerals. Visitors are encouraged to schedule their visit when the church is open for viewing, as it includes beautiful painting and an impressive alter hand-crafted by the Chumash Indians, native to the area.

The Mission’s historic cemetery, surrounded by 200-year-old sandstone walls, is both peaceful and awe-inspiring. In the center is a mausoleum, which was built in 1893. The mausoleum holds the remains of prominent citizens as well as many Franciscan friars. But in 2011, a beautiful, hand-crafted marble columbarium was built to hold the cremated remains of all people of faith. These juxtapositions highlight the successful blending of history with modern life at Old Mission Santa Barbara. 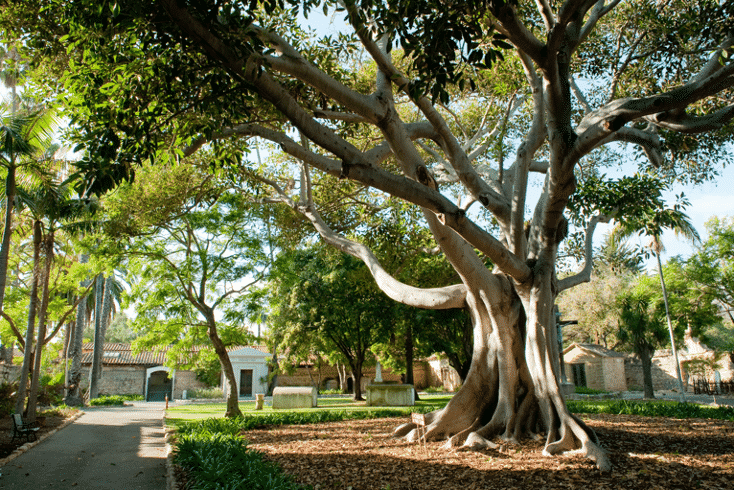 In addition to the structural history, there are also amazing gardens throughout the grounds. Arbor lovers who plan in advance can even schedule a docent-led visit to the La Huerta Historical Garden, which features plants that are authentic to the 1800s when the Mission was thriving. Santa Barbara’s Mediterranean climate was – and still is – perfect for the olives, sugar cane and citrus trees that served mission residents.

The Mission has gained a reputation of looking forward – welcoming visitors for tours and hosting special events on the grounds. But it continues to preserve its past. The Santa Barbara Mission Archive Library is dedicated to collecting and preserving the historic and cultural resources of the area, as well as creating a living history of Santa Barbara’s community The archives are open by appointment and its collection boasts over 9,000 pages of the Franciscan missions in California and Arizona.

The wondrous blend of old and new comes alive for all visitors to Old Mission Santa Barbara. For more information, visit http://www.santabarbaramission.org.

After learning the area’s history, you will truly appreciate the Spanish-Colonial architecture of the Eagle Inn. 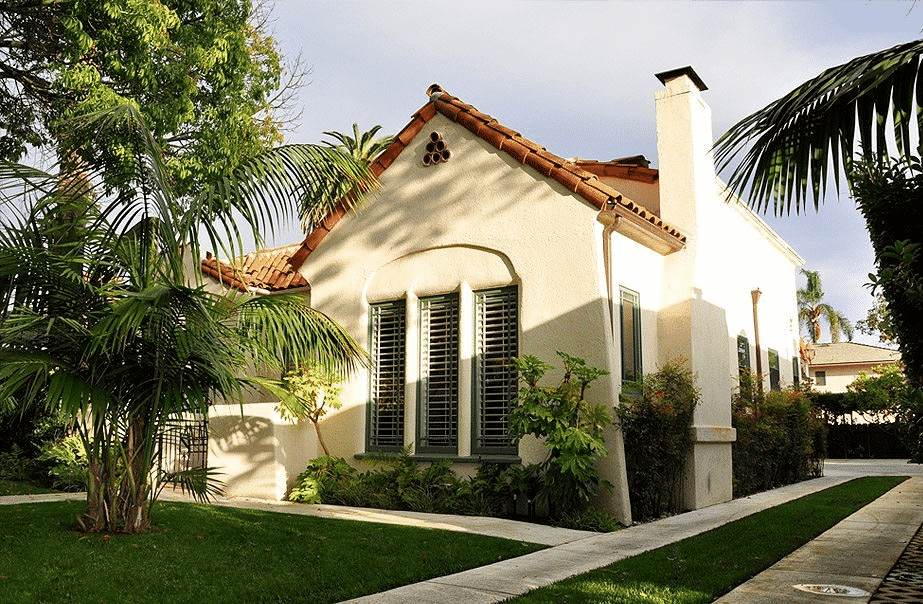